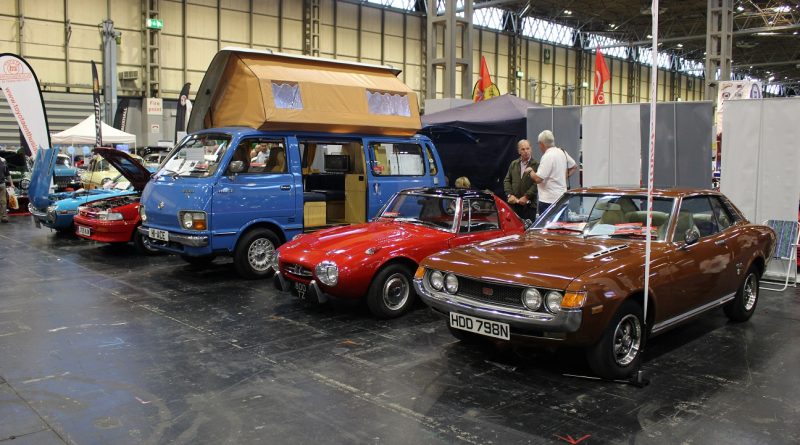 As we near the end of the show season, excitement is once again starting to build for the NEC Classic Motor Show, one of the largest classic car club gatherings in the world.

Link to club event with more details and location

2018 is set to be the show’s biggest yet, with over 3000 classic vehicles on show from over 300 clubs, alongside the massive autojumble and trade stand area and live stage – all spread across an area roughly the size of 18 football pitches.

This year’s theme is “Built to last,” and if there is one thing Toyotas are known for the world over it is their legendary reliability and longevity, so the theme could not be more fitting. The club has been granted space for a 5 car stand, and will be showcasing some iconic cars spanning 4 decades of Toyota’s history:

We look forward to seeing you there, and to sharing your Toyota stories and answering any questions about the cars. If you can’t make it to the show, we will be running live social media across the 3 days and will be posting picture galleries after the show has ended.

For now, here are a couple of pictures of last year’s stand for you to enjoy.