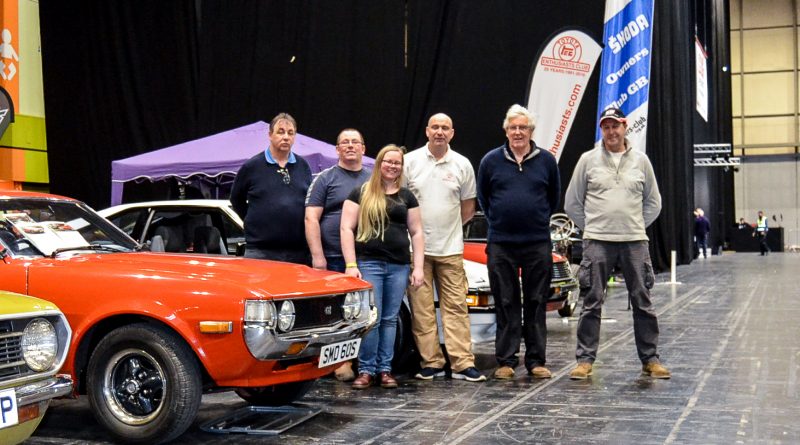 The past weekend saw the club attending the Practical Classics Restoration show at the NEC for the second time. This year the club was allocated a much larger 5 car stand up from last year’s 2 at the bottom of the largest hall.

The club and the cars received a lot of attention, with lots of comments from those that used to own them, those that want to buy another, lots of new members wanting to join and in the case of Gemma’s 1000 someone getting a bit emotional in a moment of nostalgia.

There were a good mixture of cars on the stand, with the 5 being:

The spirit of the Practical Classics show is to demonstrate what can be achieved restoration-wise, and many stands will work on the cars live, something quite unique to this event. The TEC stand was no exception, with Alan’s Corolla receiving some upgrades to it’s ignition system and some work on it’s carburettors over the course of the three days.

In all, the show was a great success for the club with a great deal of interest shown and a lot of new members joining, with the TEC stand being a credit to all those involved.

For more images from the NEC, click here for our gallery.